My name is Aya and I am writing today’s blog. I have been working with DECO for about 8 months now and recently became an instructor. Yukiko has given me an opportunity to share my experience while I was on vacation.

My husband and I went on a European tour this past December through January. It was both our first time travelling to Europe. The two week tour started in London and ended in Paris. In between, we went to Belgium (Brussels), Germany (Heidelberg, Karlsruhe), Switzerland (Lucerne), Italy (Venice, Rome and Florence), Vatican, Monaco, and France (Nice, Lyon and Paris).

Each day was an adventure. After breakfast, we left the hotel and did some sightseeing as we headed for the next destination. By night, we were in a different country!! The best country for me was Switzerland when we went up the Swiss Alps. As we went up the mountains with the gondola, the green scenery started to change and everything became covered with snow. Sweden I was a bit worried going up the mountains as the skies got cloudy, but as soon as we reached the top it was bright and sunny. Yes, we were above the clouds. Exciting as it sounds, it was -3 degrees Celsius (about 26 degrees Fahrenheit) and I wasn’t prepared for that kind of weather. The scenery was breathtaking and I almost forgot about the cold until the winds blew. As much as it was cold, it was such a sunny day that my husband and I got a little sunburn. All I can say is that it was worth it!! 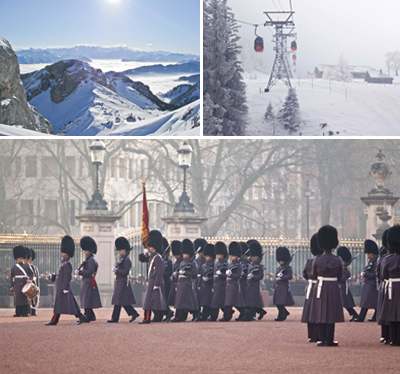 At the end of the tour, we made an arrangement to go back to London. I wanted to visit my brother, who is currently attending London Business School. It was our second time in London on this trip and we felt quite comfortable using the train system. Since we were no longer with the tour, we had more time to wander around the city and decided to see the changing of the guards at Buckingham Palace. I was a bit disappointed because the guards were wearing grey coats over their signature (?) red uniform. In the afternoon, we sipped tea and ate sweets as if we were the British people of the 1700’s.

I was ready to come home ONLY because I wanted to do laundry. After coming back, I slept 18 hours straight (I didn’t know I could sleep that much) to prepare my body for work. With the New Year and new experience, I hope I can bring something new as I continue to learn and start teaching in class.

Hope to see you soon, 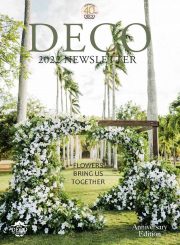